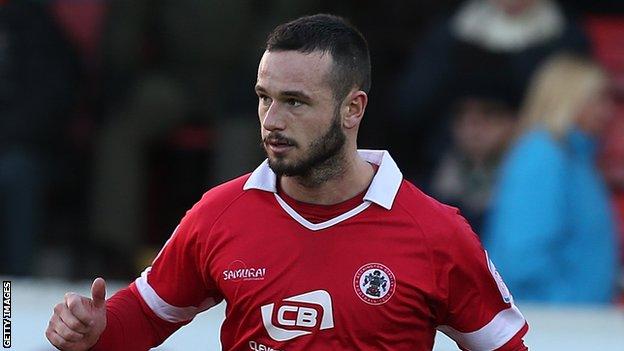 Visiting keeper Paul Rachubka kept his side in the game with two strong saves from Stuart Lewis and Josh Scowen.

Lewis then saw his shot ricochet off the post as the Chairboys looked to break the deadlock.

But Accrington stole all three points when Molyneux smashed through a crowded box and into the bottom corner.

"I'm disappointed, I still believe we need one win out of seven games to guarantee us League Two football next season and hopefully we can get that against Morecambe on Monday.

"I feel sorry for Matt Ingram, the local boy in goal making his debut, because it would have been great to debut with a clean sheet and he had a great game."

"At this time of the season, it's not about performances. It's about results. I've said that previously when we've played well and not got what we've deserved.

"Neither team played well and it was a scrappy game. To get the result the way we did is fantastic and I'm made up.

"We've got goals through the team and it happened to be Lee who has got us a massive three points today."