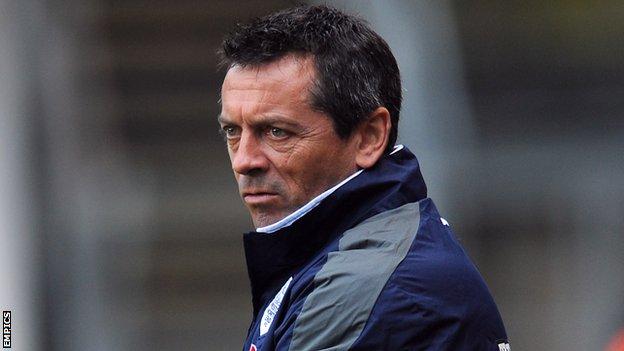 Phil Brown was denied a winning start as Southend boss as Bradford came from two goals down to snatch a point.

Bradford's Kyel Reid hit the bar with a free-kick and James Hanson's follow-up header was cleared off the line.

Zavon Hines' shot reduced the deficit after the break and Hanson headed in a Nahki Wells cross to level things up.

His late goal was a body blow to Brown's chances of conjuring a run to the play-offs for his new side, with a point leaving Southend ninth in the table and seven points adrift of Exeter in seventh place - with Bradford 11th, a point further back.