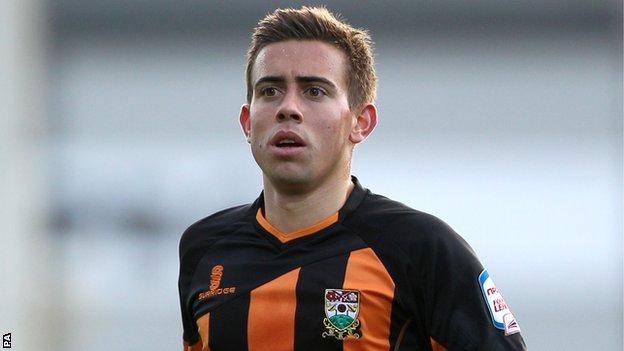 Birmingham City have signed Olly Lee on loan from League Two Barnet until the end of the season.

The 21-year-old midfielder, who has spent the past two months on trial with the Championship club, has appeared for their development side.

"Olly was one of Barnet's stand-out performers against us in the League Cup earlier this season," said Blues boss Lee Clark.the club website.

"He's impressed us during his trial and we look forward to seeing him develop."

Lee, who joined the Bees last summer after being released by West Ham United, has played 13 times for the men from Underhill.

He is the son of former Newcastle United and England player Rob Lee, whose younger son Elliot remains on the books of the Hammers.