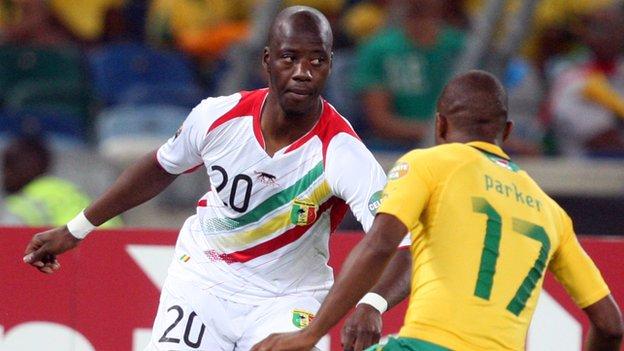 Samassa was in the squad at the African Nations Cup in which Mali came third.

Traore was recalled to the squad after missing the tournament in South Africa, while Sissoko, younger brother of midfielder Momo Sissoko, had been called up for the first time.

Mali have three points from their first two matches in Group H. Hosts Rwanda have a single point.