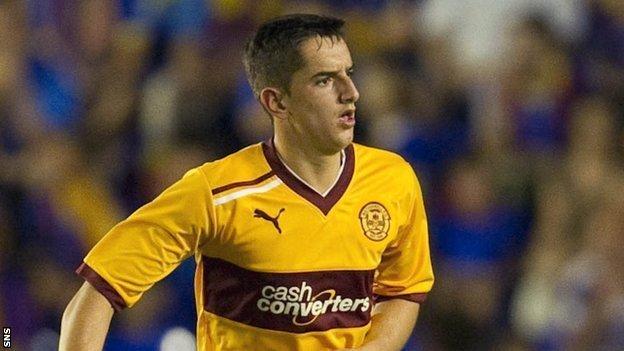 Motherwell's teenage midfielder Stuart Carswell has signed a new contract with the Lanarkshire side.

The deal ties Carswell to the club until 2015 and he says he "thrilled to commit his future to the club and the manager for the next few years".

Carswell, 19, came through the youth system at Fir Park, making his first appearance in 2011 against Hearts.

This season, he has made 18 Scottish Premier League appearances for the Steelmen, but has yet to score.

His agent, Gordon Reid, told BBC Scotland that Carswell "has been patient for the last couple of seasons but is now reaping the rewards for that. It's a great time to be a Motherwell player".