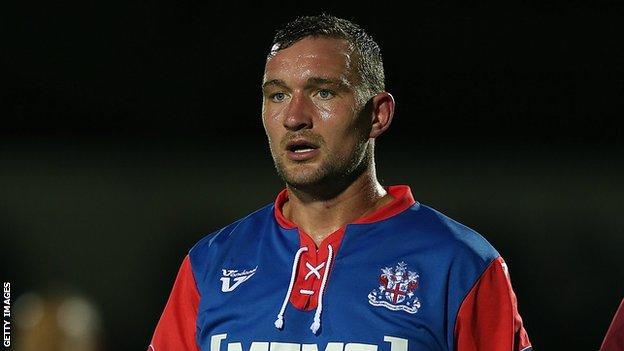 Danny Kedwell has insisted that his Gillingham team-mate Andy Frampton should not have been sent off during the 1-1 draw against Rochdale.

The midfielder was red-carded in the 84th minute following an off-the-ball altercation with Bobby Grant.

Kedwell told BBC Radio Kent: "He hasn't raised his arm or head, he's bumped him with his chest. I'm gutted for him.

"The bloke held his face and got him sent off. It's disappointing, because Frammo hasn't done anything wrong."

Frampton was reacting to a late challenge on Gillingham defender Charlie Lee.

"Andy is just not that sort of guy, he's such a lovely bloke," Kedwell continued.

"Him going in to have a word sums us up as a team.

"We're in this together and if there's a bad challenge on one of us we stick up for each other."