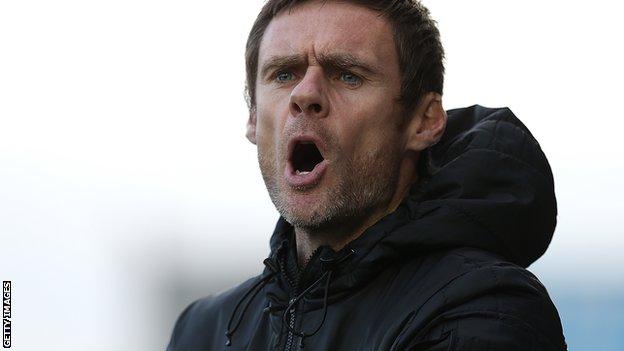 The Cod Army are ninth in League Two, six points from a play-off place, after a

"We can beat the best teams in this league but you have to do it on a consistent basis," Fleetwood manager Alexander told BBC Radio Lancashire.

"We've struggled against teams near the bottom, which tells me there's a mentality problem."

Fleetwood have won six, drawn six and lost seven of their 19 games since Graham Alexander was appointed in December.

Fleetwood, approaching the end of their first season in the League, have won only one of their last eight league matches - a run that has severely dented the club's hopes of a second successive promotion.

"It wasn't so long ago that we were fourth in the table and looking to get into an automatic promotion position.

"We have seven games to show what we're about as a group of professionals. If we do that, who knows."