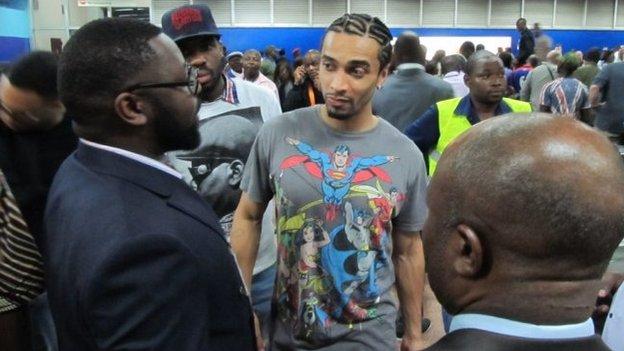 Cameroon have been boosted by Tottenham defender Benoit Assou-Ekotto's arrival in Yaounde ahead of Saturday's World Cup qualifier against Togo.

He is set to make his first appearance for Cameroon since 2010 when he turned his back on the team because of his concerns about the national set-up.

"Cameroon is my country and I would give my best even if there are still some problems," he said.

The 28-year-old added that he is focused only on securing victory.

Assou-Ekotto's availability eases a defensive crisis for Cameroon, who will be without injured pair Aurelien Chedjo and Dany Nounkeu.

Centre-backs Chedjou of Lille and Nounkeu of Galatasaray were examined by Cameroon's medical staff and ruled out earlier in the week.

Cameroon are third in Group I on three points, two points above Togo who have yet to win a game.

Norwich City defender Sebastien Bassong, who is set to be included in the starting line-up, said: "Missing some players means the match will not be easy for us although we'll be playing at home.

"Togo has some very good players, notably their key striker Emmanuel Adebayor. I watched them perform very well at the recent Africa Cup of Nations in South Africa, so we must put in extra effort to win the match.