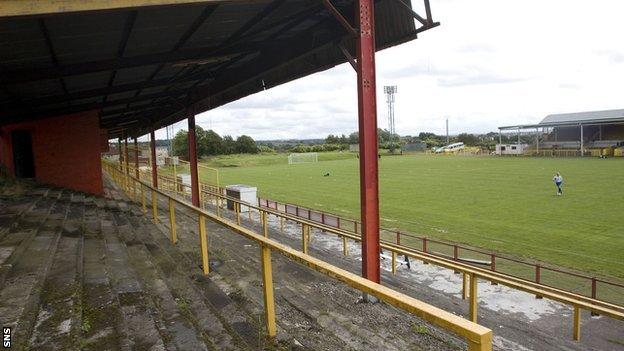 Albion Rovers' slim hopes of avoiding relegation from the Scottish Second Division have all but ended after they were held to a home draw against East Fife.

It was the visitors, nine points clear and a place above Todd Lumsden's strugglers, who made the first clear opening when Paul McManus brought Ryan Scully into action with an arrowed effort after 17 minutes.

The Wee Rovers then went ahead thanks to Christopher Dallas who broke the deadlock with a close-range finish in the 31st minute.

The hosts were unable to go into half-time with their lead intact as Paul Willis found the top corner with an audacious long-range drive.

Billy Brown's men should have completed the turnaround six minutes after the interval but David White failed to beat Alan Reid with a six-yard header.

McManus then spurned the final chance six minutes from time when he was unable to hit the target with a right-footed effort when well placed as both sides were made to settle for a draw.