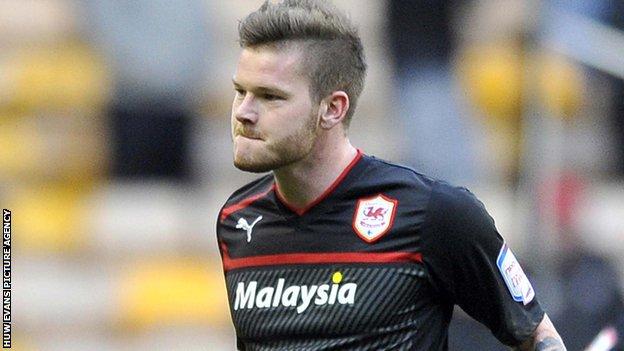 Midfielder Aron Gunnarsson has signed a two-year contract extension to stay with Cardiff City until 2016.

The Icelandic international signed for the Bluebirds from Coventry City in the summer of 2011.

Gunnarsson has established himself as a regular in Cardiff's side, missing only one league game this season.

The 23-year-old began his career in his native Iceland before switching to top flight Dutch outfit AZ Alkmaar in 2006 and then Coventry two years later.

Gunnarsson is on international duty with Iceland this week ahead of their World Cup 2014 group E qualifier in Slovenia on Friday.