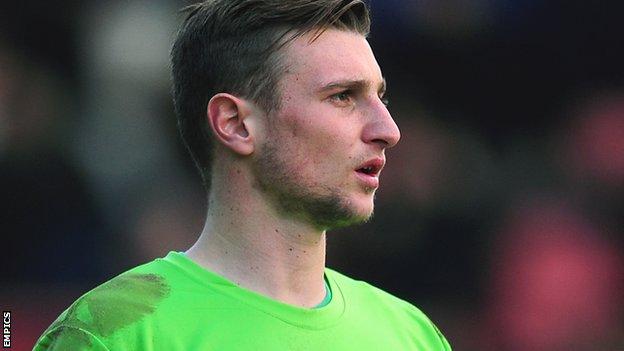 England Under-21 goalkeeper Declan Rudd would consider a permanent move to Preston North End, where he is currently on loan from Norwich City.

The 22-year-old has a year remaining on his contract at Carrow Road.

"I obviously want to play football. No one in football wants to sit and watch every Saturday. Everyone wants to play.

"If the opportunity was there (to sign permanently for Preston) I would seriously think about it," Rudd told BBC Radio Lancashire.

"Preston is a great club and they're going places under the new management. It's a massive club to play for and, with a fan base like this, it's brilliant to play in front of that every week."

Rudd, who plans to discuss his future with Norwich at the end of the campaign, has and has helped the League One side enjoy an improved run of form under new boss Simon Grayson.

His path to the Canaries' first team has been blocked by England international John Ruddy and Mark Bunn, while as cover for the injured Ruddy in January.