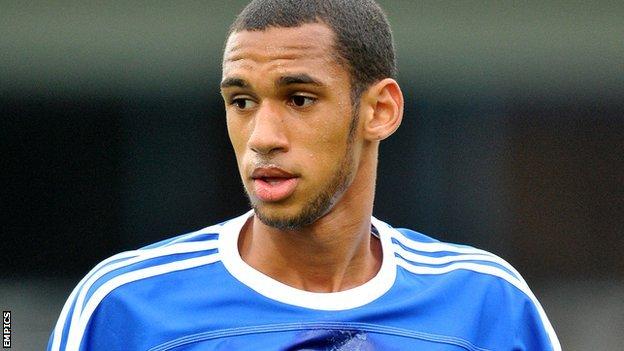 Lincoln City claimed a remarkable victory at Braintree, despite playing for 86 minutes with only 10 men.

The Imps had striker Gomez Dali sent off for a straight red card offence in only the fourth minute when the referee spotted an off the ball incident.

Luke Daley missed a chance to put the Iron ahead, but Lincoln then dominated.

Tony Diagne volleyed the visitors ahead with a 25-yard strike and made it 2-0 when he fired into the top corner, before Andrew Boyce headed in a third.

Lincoln's win eases their relegation fears and they are now up to 17th in the Blue Square Bet Premier table, three points clear of the bottom four.

"We changed our shape and the game plan worked and we were brave, even when we had a man sent off to keep two up front and it was fully deserved.

"I've said to the players that it's scandalous that they're in this position if they can put performances in like that. At the end of the day now it's up to them to keep going.

"I still think it will go to the wire. I thought we'd need 12 points (to be safe) and we've taken 10, but with the way everyone else keeps winning we might need 15 but as long as we pick up the points the pressure is on everyone else."