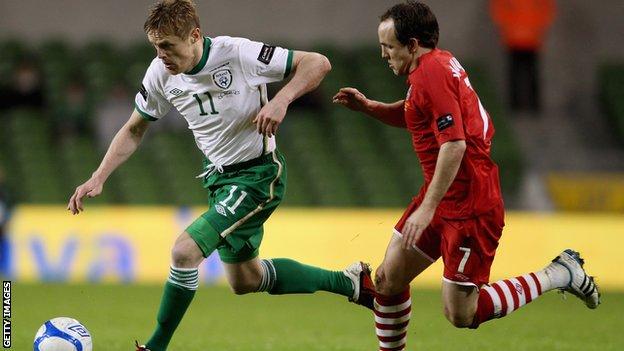 Wales will host the Republic of Ireland in a friendly international at Cardiff City Stadium on 14 August.

The match will be a warm-up for Wales' World Cup qualifiers against Macedonia and Serbia in September.

Giovanni Trapattoni's side face Sweden and Austria the following month.

"The timing of the August friendly match is always so near to the start of the new domestic season," said Wales manager Chris Coleman.

"A home game is always useful to cut-down on travelling and I am sure that our friends from Ireland will feel the same."

The countries have met twelve times previously with five wins each and two draws with the Republic of Ireland winning 3-0 in the last meeting in February 2011 in Dublin.