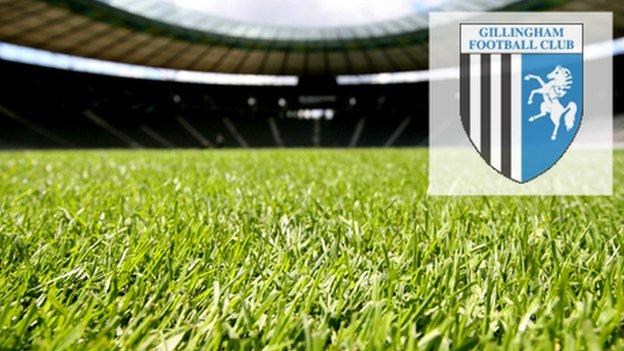 Gillingham midfielder Bradley Dack says his team's priority is to secure promotion before turning their focus to claiming the League Two title.

"The title is in the mind but our main goal is promotion. Once we secure promotion we can think about winning the league," Dack told BBC Radio Kent.

"It would be brilliant to go up in my first season with the first team."

Dack came back to Gillingham after a short loan spell at Braintree Town in January.

Since returning, the midfielder has started three games in a row and has been backed to keep improving

Having missed several chances in the draw with Morecambe, Dack said he will not let it affect him.

"[To miss chances] is just part of the game. I am going to miss chances every game. Just make sure you score the next one if you miss the first one," he added.