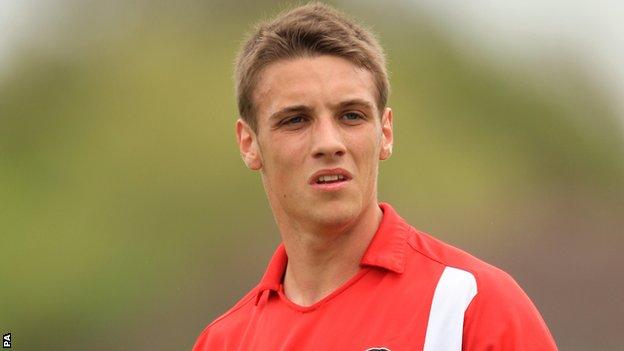 Liam Bellamy says Ebbsfleet do not deserve to celebrate the 4-1 win over Southport whilst they remain in the Blue Square Bet Premier drop zone.

United are currently second-bottom, five points behind 20th-placed Lincoln City but with two games in hand.

"The feeling is good but we won't be celebrating as we don't deserve to," the midfielder told BBC Radio Kent.

"It's one win. We need a run of winning games, then we can celebrate getting to where we should be in the league."

Ebbsfleet were 4-0 up by half-time on Saturday with 21-year-old summer signing Bellamy giving them an early lead.

The relegation strugglers face a trip to ninth-placed Cambridge on Tuesday night, with the side's previous encounter this season ending in a 4-2 defeat.

"We were unlucky against them earlier in the season and I think we definitely owe them one," Bellamy continued.

"We have the squad to go and do to Cambridge what we did to Southport.

"Being 4-0 at half-time on Saturday just shows that anyone can beat anyone in this league."