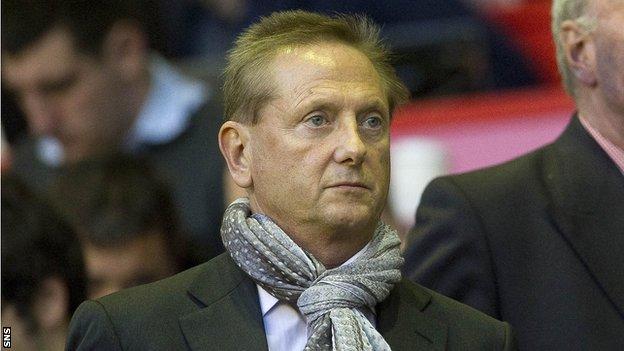 Talks are at an advanced stage between Supporters Direct and representatives of Vladimir Romanov over a proposed transfer of the ownership of Hearts.

One source told BBC Scotland that due diligence could commence within weeks with a view to a deal being concluded before the start of next season.

Supporters Direct are acting on behalf of a group of Hearts fans seeking to take over Romanov's shareholding.

A statement is expected to be released on Monday.

Romanov assumed control at Tynecastle in 2005.

However, the club has often been beset with financial problems including late payment of player wages and winding-up proceedings over unpaid tax bills.

A share issue was launched in order to raise working capital and funds have also been generated by several player sales.