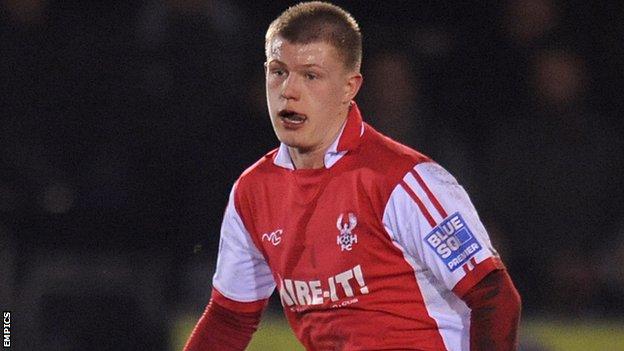 Harriers needed all three points with their main rivals having games in hand.

With time running out, Anthony Malbon found the bottom corner from long range for his 14th of the season and sub Ryan Rowe added a third in the 90th minute.

Kidderminster's 23rd win from their last 30 league games puts them three points clear of Mansfield and five ahead of Wrexham in the race for the one automatic promotion place.

However, they have now played 40 games - three more than the Stags, whose home match against Macclesfield was postponed because of the snow, and two more than Wrexham.

"We were just pleased to get it played, given what the weather is like back in the Midlands. And, in very difficult conditions in the wind, it was a hard-earned three points.

"Southport had a lot of possession in the first half and we scored a bit against the run of play.

"We then had chances to increase our lead before they equalised with a great goal, but a great strike by Malbs got us back in front and Ryan Rowe cemented it for us.

"That's five in four games now for Michael Gash and to have all three strikers score makes it even better."