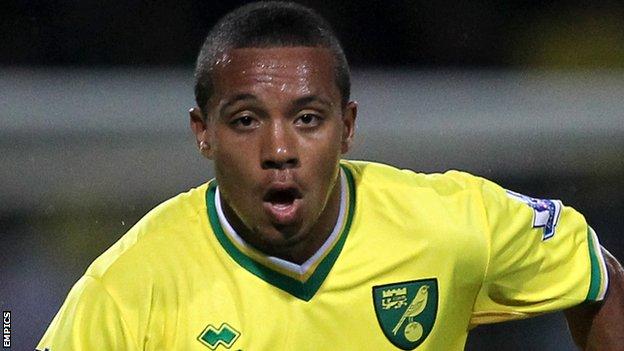 The 22-year-old has made over 50 appearances for the Carrow Road side but has not played for them since August 2011.

He spent this first half of this season at Yeovil and had at stint last year at Championship side Barnsley.

Oldham have also confirmed that Youssouf M'Changama has had his contract cancelled by mutual consent.