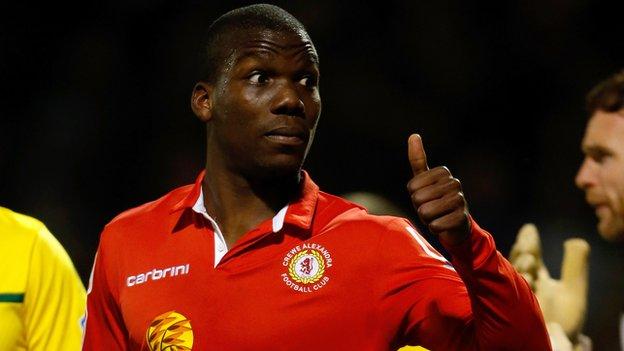 Twin brothers Florentin and Mathias Pogba have been included in Guinea's squad for the 2014 World Cup qualifier against Mozambique on 24 March.

The 22-year-olds played in last month's friendly against Senegal in Paris where Mathias made his international debut.

On Thursday, their brother Paul was called up by France for the first time.

The Juventus midfielder has been picked by manager Didier Deschamps for upcoming matches against Georgia and Spain.

He was born in France 20 years ago, while his twin brothers were born in Conakry before the family moved.

The Pogbas are not the first footballing siblings with divided international loyalty. Kevin Prince Boateng played for Ghana against brother Jerome's German side at the 2010 World Cup in Germany.