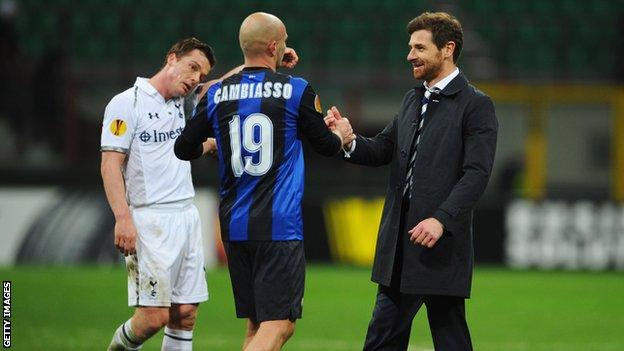 Chelsea, Tottenham and Newcastle have been kept apart in the draw for the Europa League quarter-finals.

Both teams have home advantage in their first legs, while Newcastle travel to Portuguese giants Benfica in their tie.

Rubin say they want to play their return leg against the Blues in Kazan after they were forced to host last-16 opponents Levante in Moscow because of problems with the pitch in their home stadium.

Uefa will decide where the match against Chelsea will be played following a pitch inspection in Kazan next week.

The trio of Premier League clubs booked their places in the final eight in dramatic style on Thursday.

Newcastle left it late to beat 10-man Anzhi, with Papiss Cisse scoring the only goal of the tie in the 93rd minute to keep them in with a chance for a first major trophy in 44 years.

Chelsea were at risk of going out but beat Steaua 3-1 on the night, with Fernando Torres scoring the third and then missing a penalty. The Spaniard's strike secured a 3-2 aggregate victory.

Earlier, Spurs lost their second leg at the San Siro 4-1 after extra time but Emmanuel Adebayor's away goal was enough to send them through as they won the first leg 3-0.