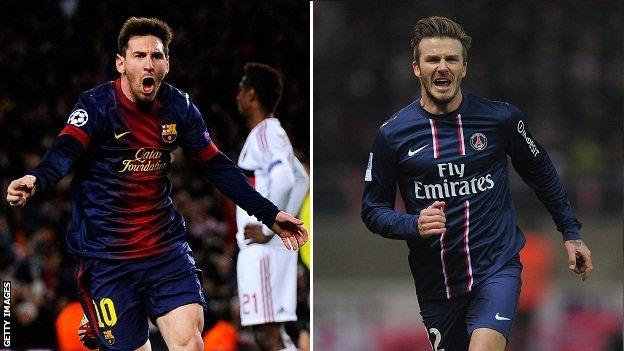 For the first time since 1996 there are no representatives from the Premier League in the last eight.

French side Paris St-Germain, with former England captain David Beckham in their ranks, appear in the last-eight for the first time since 1995 - when they defeated Barcelona over two legs before losing to AC Milan in the semi-finals.

Former Chelsea manager Mourinho will be wary of the threat posed by his old Blues striker Drogba when the Spanish champions take on the Ivorian's new club Galatasaray.

Bayern Munich, who lost to Chelsea in last year's final, meet a Juventus team who are yet to be beaten in this season's competition.

Another unbeaten team, German champions Borussia Dortmund, travel to Spanish side Malaga in the opening leg for the first meeting between the teams in European competition.

Manchester United and Arsenal were knocked out in the round of 16, while Scottish representatives Celtic were eliminated by Juventus.

Arsenal boss Arsene Wenger responded to seeing his side lose out to Bayern Munich on away goals by saying it is a "massive wake-up call" that no English clubs made it through to the quarter-finals.