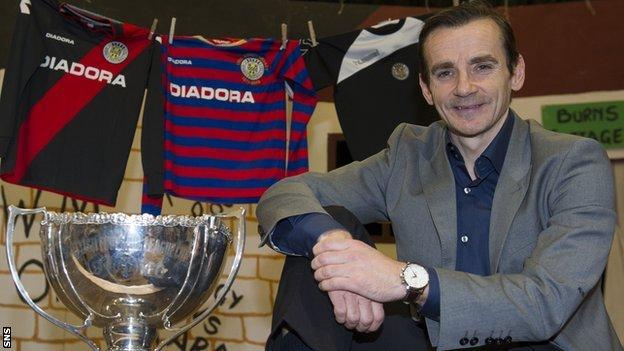 The Paisley club face Hearts on Sunday with the chance to win their first piece of silverware since the Scottish Cup in 1987.

"This club's got a proud heritage and 135 years of exciting history; but we've never won this League Cup," he told BBC Scotland.

"This group of players are trying to write their own piece of history."

Lennon said the squad were determined to lift the League Cup for the fans.

"It's going to be a special day for the fans, they're the most important people at any football club and we would certainly love to bring a national trophy home for them," he said.

And the 43-year-old said he was happy with the club's preparations, which have seen them decamp to a hotel in St Andrews.

"We've left no stone unturned and the game will take care of itself."

However, Lennon insisted he would not be looking for redemption in this final, after missing out on a winner's medal as a player with Raith Rovers due to injury.

"That was a fantastic achievement for Raith," he said. "But that was Danny Lennon the football player and now I'm a young manager enjoying the experience. And it's fantastic to get that so early in your managerial career.

"I'll be a very proud man leading out St Mirren on Sunday, a club that I've come to love over the last three years."