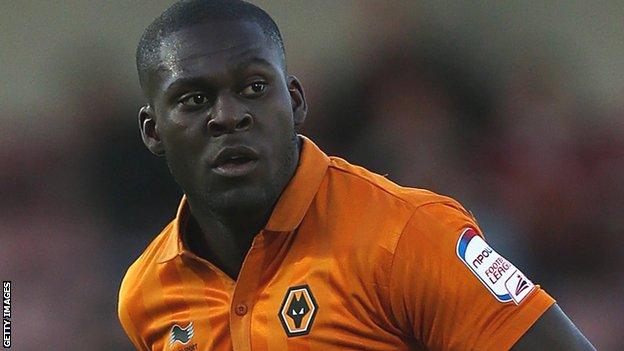 Ipswich Town striker Frank Nouble has said the team are calm about their survival prospects because they are in control of their own fate.

Mick McCarthy's side are four points clear of the Championship drop zone and host Bolton on Saturday.

"We know we can control what we're doing. If we play well on Saturday, we'll win on Saturday."

Town have scored just twice in their last seven games - both times leading to 1-0 victories - and are the league's lowest scorers.

Nouble, 21, has yet to find the net from his one start and eight substitute appearances since arriving at Portman Road from Wolves in January.

The former West Ham frontman will sit out the visit of the Trotters with a hamstring injury, but is relaxed about his side's lack of goals, particularly as Ipswich have kept three clean sheets in their last five games.

"I don't think it's a major worry right now," he said.

"It's about considering our position in the league and making sure we're still here.

"Obviously goals are important. We haven't been leaking a lot of goals. And I think goals will come. We've got a lot of players that stick the ball in the net so I'm not worried about it all.

"The manager has done well in terms of putting a mindset among the players that we can get out of trouble.