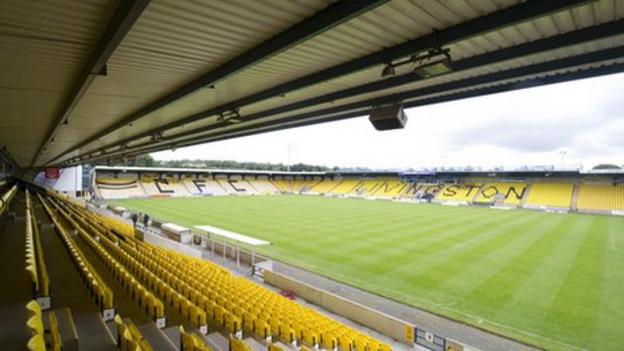 Livingston's First Division match against Falkirk and the Division Two game between Albion Rovers and East Fife have been postponed.

Snow caused the cancellation of both Scottish Football League fixtures.

"The club would like to apologise to both sets of fans for such a late call off," said Albion Rovers.

Four matches in each of Divisions One, Two and Three went ahead with the Fife derby between Raith Rovers and Dunfermline passing a pitch inspection.