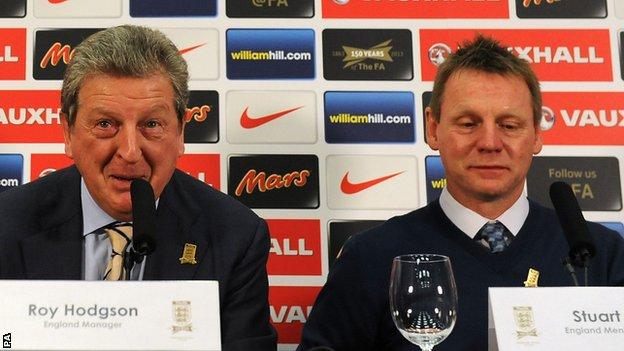 A Football Association legends team managed by England boss Roy Hodgson is to play a British Army side led by Under-21 manager Stuart Pearce.

The match is being held at Reading's Madejski Stadium on 18 May to mark 125 years of football in the British Army.

It will also form part of the FA's 150th anniversary celebrations.

"The Army has a proud heritage with the Football Association going all the way back to our formative years," FA chairman David Bernstein said.

"We at the FA greatly value our close relationship with the Armed Forces and believe we should celebrate their work whenever possible."

Ticket sale proceeds from the game will go to services charities that promote sporting opportunities for soldiers, including wounded servicemen who play sport as part of their rehabilitation.