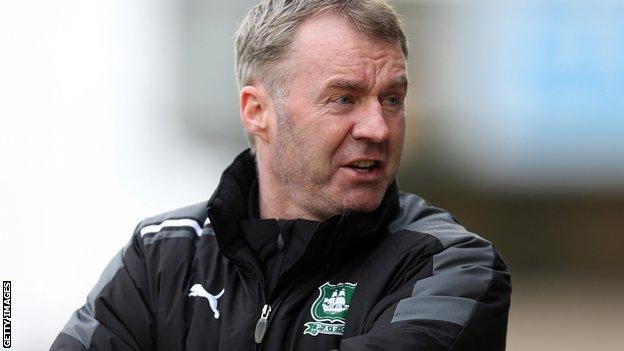 Plymouth Argyle manager John Sheridan says he is trying hard to bring in a new striker to the club.

Reading striker Gozie Ugwu has returned to his parent club early but fellow forwards and remain on loan at Argyle.

"I'm working hard now to get a striker in who can hopefully keep us in the division," Sheridan told BBC Devon.

Sheridan's side have scored just three goals in their last six games, winning just once in that period, as they battle relegation from the Football League.

"We need to start scoring goals as we need to win games.

"When we've scored first we've usually gone on to win games - we need something to hold on to, but we've got to start scoring goals.

"Every game's been the odd goal, and the teams we've played have not looked better than us, but we've lost the games.

"We're improving, the players understand more what we want from them, but in our position we've got to win games."