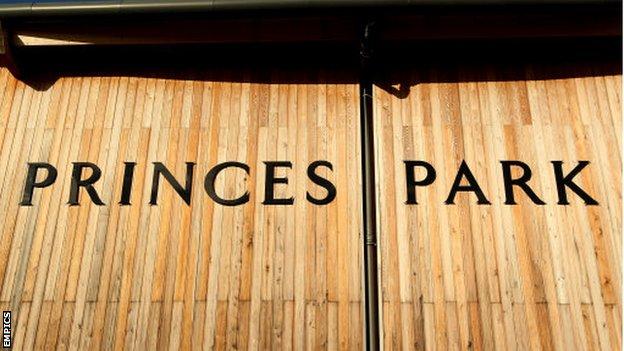 Dartford boss Tony Burman says he is in no rush to agree new contracts with members of the playing squad.

In their first season in the Blue Square Bet Premier, part-time Dartford have used just 23 players in the league, the lowest of any club.

"I usually just leave it right until the end of the season," Burman told BBC Radio Kent.

"I'll be putting the feelers out and talking to the players before making moves on the contracts."

Currently 10th in the table, Dartford have surprised many of the more established names in their debut season in the top tier of non-league football.

Despite their part-time status, the Darts have beaten the likes of Luton,Wrexham,Newport County,Grimsby and Mansfield - all of whom are chasing promotion - and have reached the semi-finals of the FA Trophy.

Burman is optimistic the Princes Park outfit offers enough to be able to retain the core of his squad.

"They might not be the highest paid players in the league," he said.

"We're under control, our finances are good and the players know they'll be paid at the end of the week.

"I feel that after this season I can persuade players to stay and help us be part of something that will happen."