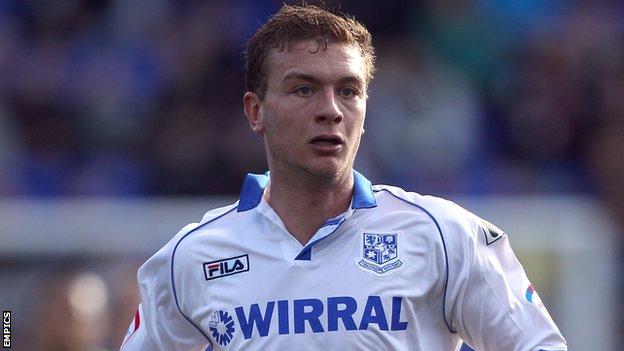 Middlesbrough defender Ben Gibson has joined League One Tranmere Rovers on loan for the second time this season.

The 20-year-old, who will stay with Rovers until the end of the season, first joined in August before his spell was curtailed by an abductor injury.

"He was fantastic for us in the first half of the season. Hopefully he will pick up where he left off," manager Ronnie Moore told the club website.

"He brings leadership and calmness on the pitch and will strengthen us."

Moore said last month that he was confident of re-signing Gibson to help a squad beset by injuries.

The defender joins a Tranmere side in poor form having collected just seven points from their last nine matches.