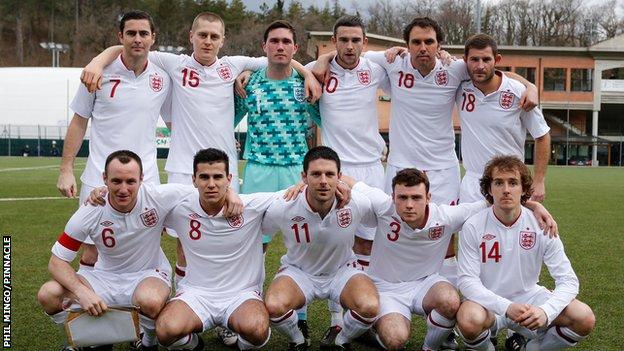 Jersey's football team will play two matches to prepare for May's Muratti final with Guernsey, should they beat Alderney in Saturday's semi-final.

The island side take on the Essex and Suffolk Border League club on 13 April.

Jersey secured a 1-0 win over on their way to

They will then take on Middlesex Wanderers on 11 May, a day before the same side face Guernsey as they tour the two islands.

Jersey have just returned from

Despite topping their group as they represented England, they lost out to Northern Ireland on head-to-head results after

"The one thing we did learn from the tournament in San Marino was that that was our level," Jersey boss Craig Culkin told BBC South West Sport.

"So it's important that we just don't let the good work we've done over the last nine months go to waste."

Last month it was announced that the Muratti final in Guernsey had been due to Guernsey FC's fixture congestion.

Jersey travel to Alderney on Saturday for their bi-annual semi-final with the northern Channel Island.

The Ridunians have never beaten Jersey in the 108-year history of the event.