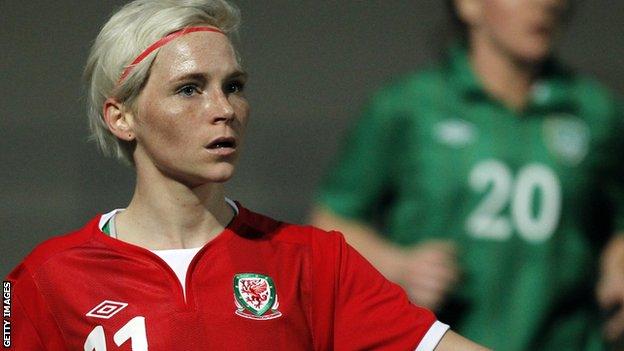 Wales Women's captain Jess Fishlock insists the Algarve Cup was a valuable learning experience despite her side finishing last in the competition.

In their final game of the tournament Wales were beaten 3-1 on penalties by hosts Portugal following a 1-1 draw.

Wales fielded a number of Under-19 players during the tournament and Fishlock believes that will benefit the side in the long term.

"It's absolutely massive for us and our preparations," she said.

"For the reasons we came here for and what we wanted to do and try and do, we've done very successfully.

"It's actually put us in perfect stead to go forward for the rest of the year [and] for our qualifiers, which start in October."

Wales had been beaten 2-0 by Portugal in their opening game of the group stages but beat Mexico 1-0 and drew 1-1 with Hungary.

Fishlock, who scored two goals in the Algarve Cup, has now flown to Japan to join up with her new club Seattle Reign for pre-season training.

"It's quite an exciting couple of weeks ahead and [I'm] really looking forward to it," Fishlock added.

"I can't wait and this tournament [Algarve Cup] has been a perfect start for me."