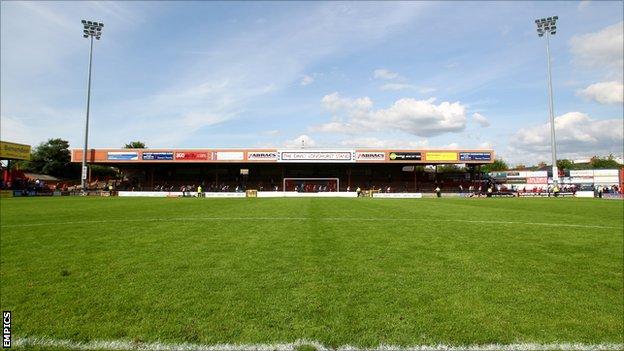 Gateshead's Blue Square Bet Premier fixture with Newport County has been called off for a fourth time after the pitch at York's Bootham Crescent was deemed unplayable after inspection.

The postponement follows two attempts to stage the fixture at their regular home, the International Stadium, and at Hartlepool United's Victoria Park.

Pitch issues at the Tynesiders' home ground has forced the rescheduling of all home matches since February.

A new date is yet to be announced.

Anth Smith's side were in action at Hartlepool on Tuesday, beating Hereford 3-2, while Newport lost 2-1 at home to Kidderminster, after Saturday's visit of Macclesfield was postponed because of a waterlogged pitch.

Newport, who are firmly in the title race, have 11 games to play before the season ends in 31 days' time on 20 April.