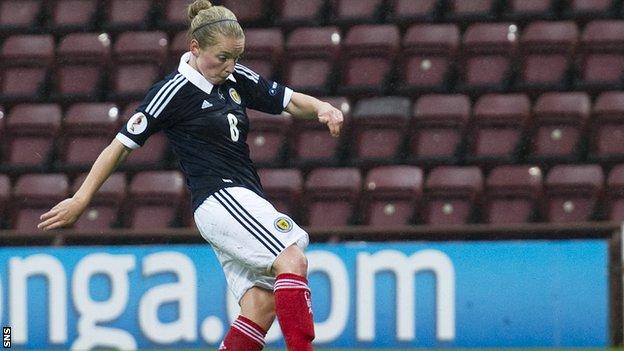 Scotland finished the Cyprus Cup with a 1-0 win over the Netherlands to finish fifth in the 12-team tournament.

Arsenal's Kim Little scored the only goal, while Mirte Roelvink was shown a first-half red card for the Dutch.

The Scots opened their campaign with a 1-0 defeat to New Zealand before fighting out a 4-4 draw with England.

Anna Signeul's side then beat Italy 2-1 in their final group match before ending the campaign on a high with victory over the Netherlands.