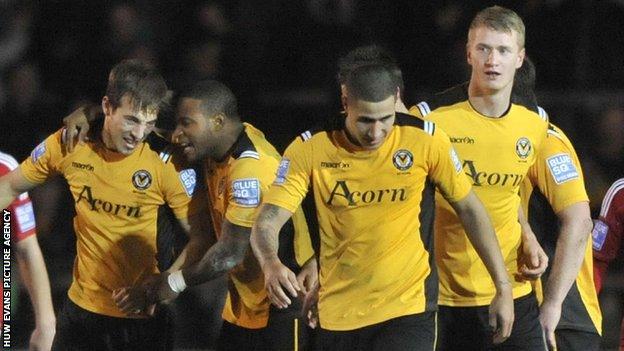 Newport County boss Justin Edinburgh has criticised the Football Conference which is asking his side to play four games in eight days.

A postponed match at Gateshead will now be played in York on 21 March - with long trips to Stockport (23 March) and Southport (26 March) to follow.

"It's embarrassing that a club that are chasing the title are being asked to play as many games," said Edinburgh.

"And they have no consideration for ourselves, the players' safety and health, and obviously the fans.

"So we have to look at it as a bit of a siege mentality right now."

The series of four Blue Square Bet Premier matches in eight days begins at home to Kidderminster before the three trips to the north of England - totalling nearly 1,300 miles.

Newport had suggested three alternative dates for the Gateshead match, but league organisers said 21 March was the only suitable time.