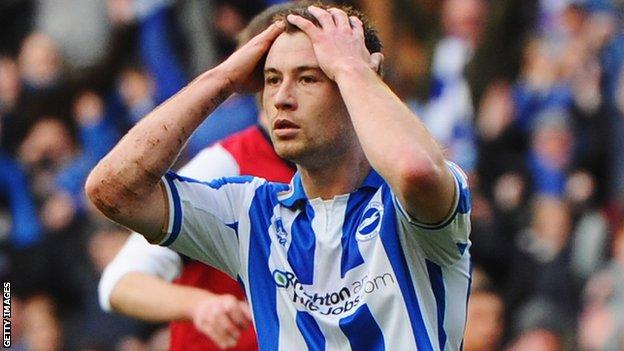 The Football Association has charged Brighton's Ashley Barnes over his reaction to being sent off for violent conduct in Saturday's defeat at Bolton.

The charge alleges Barnes's behaviour towards the referee constituted an additional punishment.

The striker, 23, is already serving a four-match ban which includes an extra game because this was his second dismissal of the season.

Barnes has until 18:00 GMT on Thursday, 14 March to respond to the charge.