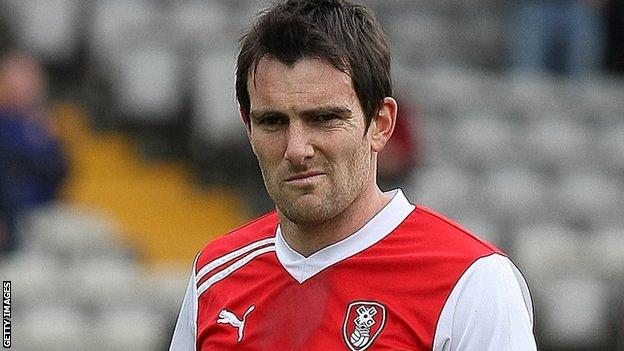 Stockport have signed Rotherham winger Danny Schofield on loan until the end of the season.

The 32-year-old made 41 first-team appearances for the Millers last season, but has not featured this term.

He spent three months on loan at League Two side Accrington earlier this season, making eight appearances for the Crown Ground side.

The midfielder spent a decade with Huddersfield Town and has also had spells at Yeovil Town and Millwall.

Schofield is Stockport's second signing in the space of 24 hours, following the arrival of Fleetwood defender Kieran Charnock.