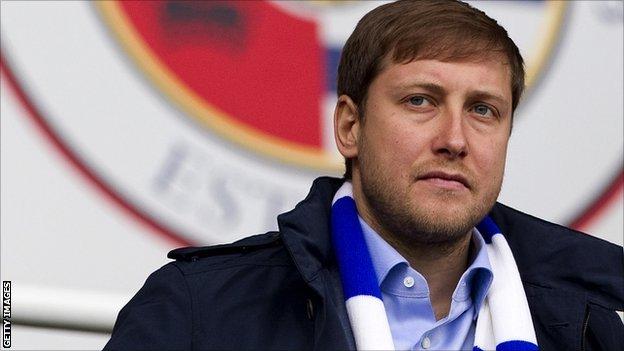 Eamonn Dolan is expected to take charge of Reading's game against Manchester United on Saturday, with no replacement for Brian McDermott imminent.

McDermott was sacked on Monday, in what owner Anton Zingarevich called the "hardest decision of his life".

Former Swindon Town manager Di Canio told BBC Sport last Friday he was ready to manage in the Premier League, while Brighton boss Poyet is also known to be keen.

Nigel Adkins has also been tipped for the post, although it was reported by newspapers on Wednesday that he plans to take his former employers Southampton to a tribunal following his sacking earlier this year. That could affect his availability.

Reading travel to Old Trafford at the weekend, but with no game for another two weeks after that, it is understood that no appointment is imminent.

The Royals have lost their last four Premier League matches and are joint bottom of the division.

Dolan, previously the club's academy coach, took charge of training this week following McDermott's dismissal and is highly rated by the club's board.

Along with Russian owner Zingarevich, the 45-year-old addressed the first-team squad on Tuesday and is due to speak to the media on Thursday for their pre-match press briefing.

Following Saturday's game against the league leaders, the Berkshire club next travel to Arsenal on 30 March and hope to have appointed someone in time for the trip to the Emirates.

Meanwhile, Reading captain Jobi McAnuff has admitted the players feel responsible for the dismissal of McDermott.

"As players we all feel responsible for the decision that has been made," he told the club's website.

"It's our performances out there on the pitch that dictate results, in that respect we understand the results - particularly of late - haven't been good enough and that's something we are trying our hardest to address."