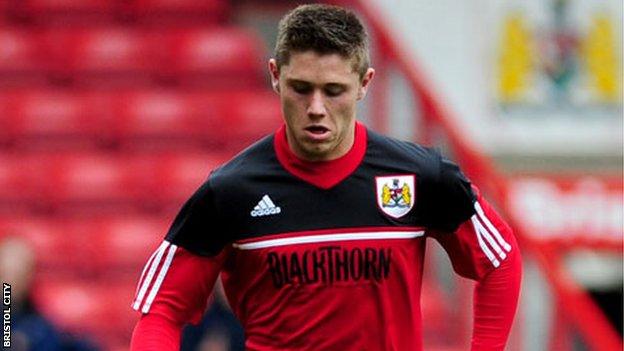 Burns, 18, agreed a move to the New Lawn just hours before Tuesday's game with Stockport County.

Despite not having trained with his new team-mates, he came off the bench to net his first professional goal in injury time, earning Rovers a 2-1 win.

"We've played against him a couple of times and I went to watch him in an Under-21 game, but he didn't have a great game after picking up a knock.

"But Bristol City think very highly of him and we need something to give us a bit of a start again."

Burns came through Bristol City's academy and made his first-team debut in January.

He has gone on to make three more appearances from the bench, but was loaned out to Blue Square Bet Premier Rovers to gain more experience.

His goal, which followed Yemi Odubade's equaliser, helped Forest Green secure their first win in six games and got their promotion push back on track.

"We've had a tough patch, but winning in the way we have done means we've got a bit more excitement. But it's no more than we deserved."