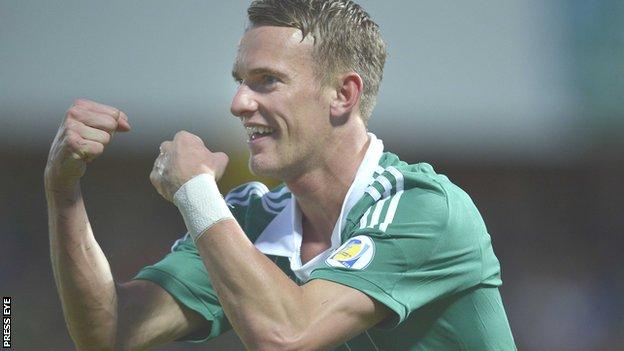 Shiels twisted his knee against Annan last Saturday and, following a scan, will be missing from the World Cup qualifiers against Russia and Israel.

McCoist said: "Dean went down to London on Wednesday and it is not great news.

"Hopefully he doesn't require an operation but I would be very, very surprised if he is back this season."

Shiels sustained the injury in a challenge with Annan opponent Steven Swinglehurst in the first half of Rangers' first home league defeat of the season.

Earlier in the week McCoist had said Shiels was in "a lot of pain on Saturday night".

Shiels' absence will be a major blow to Northern Ireland boss Michael O'Neill, who names his squad for the two qualifiers on Friday.