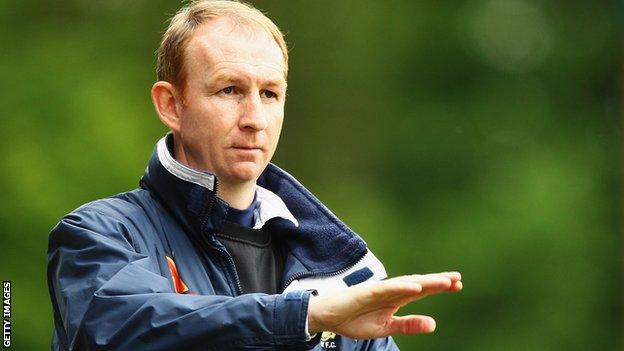 Torquay United manager Alan Knill says his side's battling display in their was their "best performance" in his time in charge.

Torquay twice came from a goal down to secure a vital point, having played more than 85 minutes with 10 men following the early dismissal of defender Aaron Downs.

"If we perform like that we're a match for anybody, and that's what we're trying to do," Knill told BBC Devon.

"We deserved something from the game."

The point keeps the Gulls one place and two points away from the League Two relegation zone ahead of a tricky trip to Southend on Saturday.

"That sort of effort will get us to where we want to be," Knill added.

"We worked so hard to get back into the game and it looked like we could possibly win it, but then we gave away a soft goal.

"That's our best performance since I've been in charge."

Top-scorer Rene Howe converted an 89th minute penalty to seal the draw - his first goal in over a month.

And Knill hopes his 15-goal striker can now return to the form which saw him equal the in September and October.

"Strikers thrive on goals," added the Torquay boss. "He's been quite unlucky and he's had some chances, but it just hasn't gone for him.

"Hopefully it kick-starts him again because I think he's top player at this level."