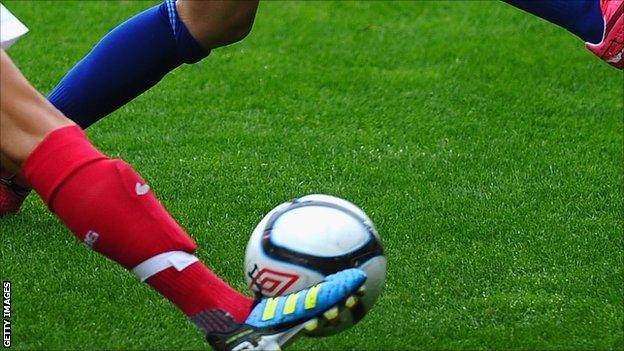 Oxford Ladies captain Sahara Osbourne-Ricketts has backed her side to continue their incredible FA Women's Cup run and defeat Everton on Sunday.

The U's beat Newcastle to earn a place in the fifth round, with over 700 supporters attending the match.

Their reward was a meeting with Super League Everton at the Kassam Stadium.

"We will prepare as we do normally. As I've said before, this is the FA Cup and anything can happen," Osbourne-Ricketts told BBC Radio Oxford.

They are hoping to draw a crowd in excess of 1,000 on Sunday, but are fully aware of the scale of the challenge awaiting them in the round where the teams from the Super League enter the draw.

"We are up against a lot of international and experienced players, but we will prepare as we do normally," she said.

"The support at the Newcastle game was incredible and hopefully we can hit the 1000 mark this time.

"They make a big difference, it spurs you on and helps us out massively."

Oxford Ladies, currently lying second in their South West Combination league, have never reached this stage of the competition before, but have only lost once all season.

"Hopefully we can get into the Super League and become bigger and better," Osbourne-Ricketts added.