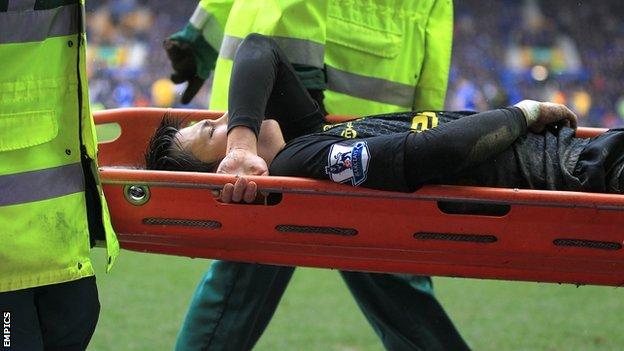 Wigan manager Roberto Martinez expects on-loan Arsenal winger Ryo Miyaichi to miss the rest of the season with the ankle injury he picked up in Saturday's FA Cup win at Everton.

The 20-year-old was a first-half substitute at Goodison but was carried off on a stretcher after 72 minutes.

Martinez is awaiting the results of a scan on the Japan international.

Miyaichi joined the Latics on a season-long loan from the Gunners last summer but has made just seven appearances.

He also had a spell on the sidelines from November 2012 to March 2013 after picking up a groin injury while on international duty.

Wigan are 18th in the Premier League and face either Blackburn or Millwall in the FA Cup semi-final at Wembley.