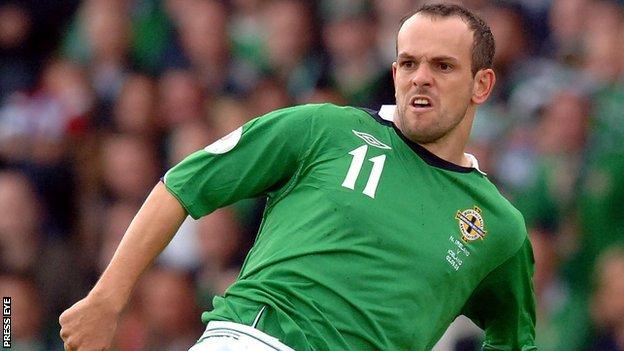 Glentoran midfielder Stuart Elliott has agreed to terminate his contract with the Premiership club.

The former Northern Ireland midfielder returned to the Oval last summer on a one-year contract but has failed to secure a regular place in the team.

"There was a gentleman's agreement that if things didn't work out then Stuart would make a dignified exit from Glentoran," said the club on Tuesday.

"Both parties have concluded that it is best to call it a day."

The club added: "Everyone at Glentoran greatly appreciates Stuart's contribution to our club in what has been a long and successful football career and we wish him every success for the future.

"We do, of course, hope to see him back at the Oval in the future, supporting his team."

Elliott came through the youth system at Glentoran in the 1990s and made an impact as a pacey, skilful attacker, known for scoring spectacular goals and his cartwheel celebrations.

The 34-year-old left the Oval in 2000 and enjoyed a successful career in England and Scotland, most notably with Hull City, Motherwell and Doncaster Rovers.

Elliott, who has played 39 times for Northern Ireland, left Hamilton Academical in 2010 to go into the Christian ministry.