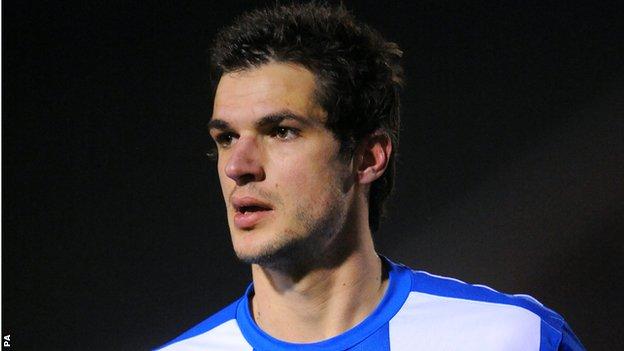 Donaldson set up Brown to finish from close range just before the break, only for Marlon Jackson's fierce drive to level matters early in the second half.

But Brown prodded in his fourth of the season to win it for the Tynesiders.

In the third game at their most frequently used temporary home, Victoria Park, Hartlepool, nomadic Gateshead now lie four points above the relegation zone with two games in hand.

Hereford have slipped to 11 points off the pace in the race for the Blue Square Bet Premier play-offs, with only nine games to go.

"There weren't many people watching and you had to create your atmosphere, but there was no way we were going to come all this way just to keep out of the way.

"But we've given away two goals. That's the sloppy side and the bit that we need to eradicate quickly."