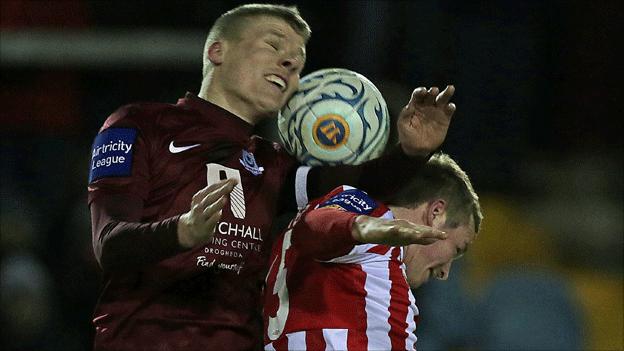 A Ryan Brennan goal four minutes into added time saw 10-man Derry City lose 3-2 to Drogheda United on aggregate in the quarter-finals of the Setanta Cup.

Ger Doherty comfortably saved a Gary O'Neill penalty on 44 minutes but Ryan McBride was sent-off for a bad challenge on O'Neill after 48 minutes.

Michael Rafter put Derry ahead on 64 minutes after a Philip Hand mistake.

Derek Prendergast smashed in the equaliser on 68 and Brennan netted the winner for a 2-1 victory on the night.

Drogheda will face Sligo Rovers over two legs in the semi-finals while Derry continue to look for their first competitive win of the new season.