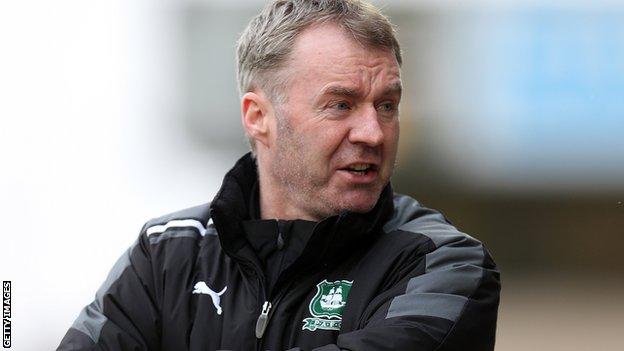 The League Two leaders were 2-0 up after an 62 minutes and Sheridan felt his team should have done better.

"I think we as a team didn't really believe in ourselves that we could get something out of it," Sheridan told BBC Radio Devon.

"It was a difficult game, the goals were poor goals on our part."

Sheridan's side went back to the bottom of League Two as a result of the loss and are two points from safety.

He felt that his team needed to improve their possession of the ball if they were to get anything at the Priestfield Stadium.

"I thought in the first half there were times when we could have caused them problems.

"But they worked a bit harder than we did to get the win.