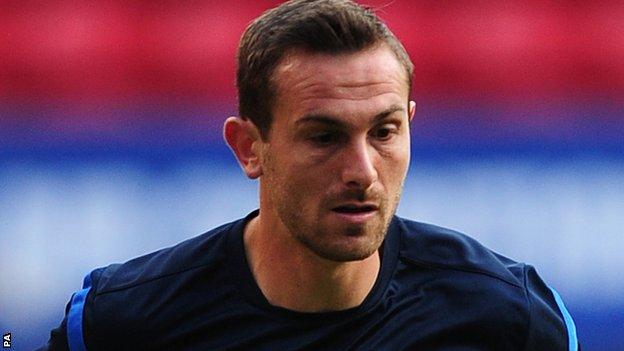 Hayes will provide cover for the injured Billy Clarke at the Red Devils.

The 29-year-old has moved away from Griffin Park despite making 30 appearances and scoring six goals in his first season at the club.

Hayes joined the Bees from Charlton following the Addicks' promotion from League One, the third time he has earned the accolade in his career.

"Paul's just what we need at this stage of the season," boss Richie Barker told the club website.

"He will bring experience and hopefully goals for the next few weeks.

"We don't want to let the season fizzle out. We still feel we can push for the play-offs and for that we perhaps need that bit more experience up front.

"With Billy Clarke out injured, we are relying on two 20-year-olds and two teenagers at the moment, and although they have all played their part another option up there will we hope make a difference."