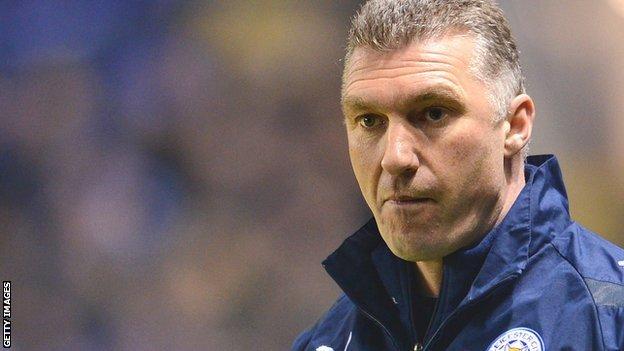 Leicester City manager Nigel Pearson says the club's owners continue to back him amid increasing speculation that his job is under threat.

The Foxes lost to Sheffield Wednesday on Saturday and have lost five of their last eight games in all competitions.

Pearson told BBC Radio Leicester: "I have been in close contact with them [owners] over the last couple of weeks and they are as disappointed as we are with the result at the weekend.

"But they have been very supportive."

City remain in the Championship play-off places, but they were second in January.

However, they have slipped down to fifth and are now 13 points off the top of the table.

Pearson, whose side travel to Wales to face leaders Cardiff on Tuesday, has played down the pressure on his side but admitted they were struggling for confidence after the home defeat against the Owls.