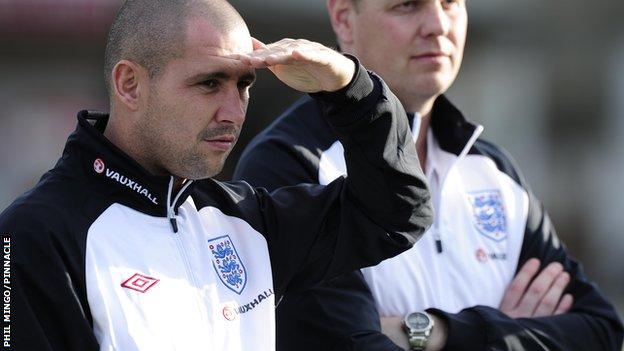 Jersey boss Craig Culkin believes his team's performance in the Uefa Regions' Cup should be rewarded with a place in the Umbro Quadrangular Tournament.

The 2010 event saw teams from Scotland, Wales, Northern Ireland and the Isle of Man take part.

"It was a great learning curve; the boys have shown that pushing out of their comfort zone has really improved them," he told BBC Radio Jersey.

"We hope it can be a stepping stone to enter the quadrangular tournament."

Captain Luke Watson fired home Ben Gallichan's cross in the second half to send Jersey home on a high.

"Ben Gallichan is one of the players that has stood out for me. When he's in full flow he's been unplayable," Culkin continued.

"We certainly felt the effects of Friday's defeat early on but shook it off, made changes at half-time and deserved the win.

"It's been a fantastic experience and we've met a lot of new people. Everyone can take a lot from how the English FA conduct themselves and go about their work and use it to move football forward in Jersey."