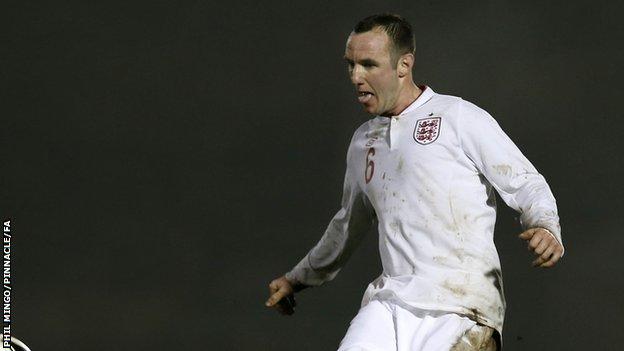 Jersey captain Luke Watson said he was "devastated" after his side, representing England, exited the Uefa Regions' Cup in San Marino.

Colum Curtis's late strike handed who now go through to the final stages in the summer.

The result means even if the Three Lions beat the hosts on Sunday, they still cannot top the group.

"Devastation would be the word at the minute," Watson told BBC Radio Jersey.

"It's still quite hard to get our head around, it was a killer blow in the last five or 10 minutes.

"I thought we had the momentum but they've caught us on the break and it was a great finish to be fair to them and we fell short in the end."

The Jersey Football Combination won the right to play in the competition after winning the FA Inter-League Cup last season, and were bidding to become the first England representative side to make it past the intermediary group stage.

However, it will be Northern Ireland that will now face amateur teams from Spain, Belarus and the hosts Italy in the final eight of the tournament in June.

"It's just gutting but we'll pick ourselves back up," added Watson.

"We've got another game, it's another chance to put the England shirt back on and it's great experience for the lads.

"We've shown we can mix it with the best of them."

Jersey head into Sunday's match with San Marino knowing if they can avoid defeat, they will at least leave with the consolation of second spot in Group Six.