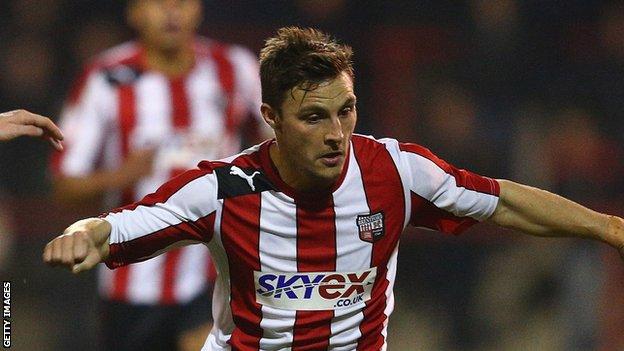 Brentford moved into the League One automatic promotion places after an injury-time Sam Saunders penalty saw them defeat Preston.

Saunders converted the pressure spot-kick after he was brought down by former Bees player John Mousinho.

The winger came close to opening the scoring earlier but his free-kick was saved well by Declan Rudd.

"We had a number of chances with 23 attempts and we kept knocking on the door. Eventually it would open and I think it was definitely a penalty.

"I said we are second to the lads but I said it's too early, we have to be there on the last game."